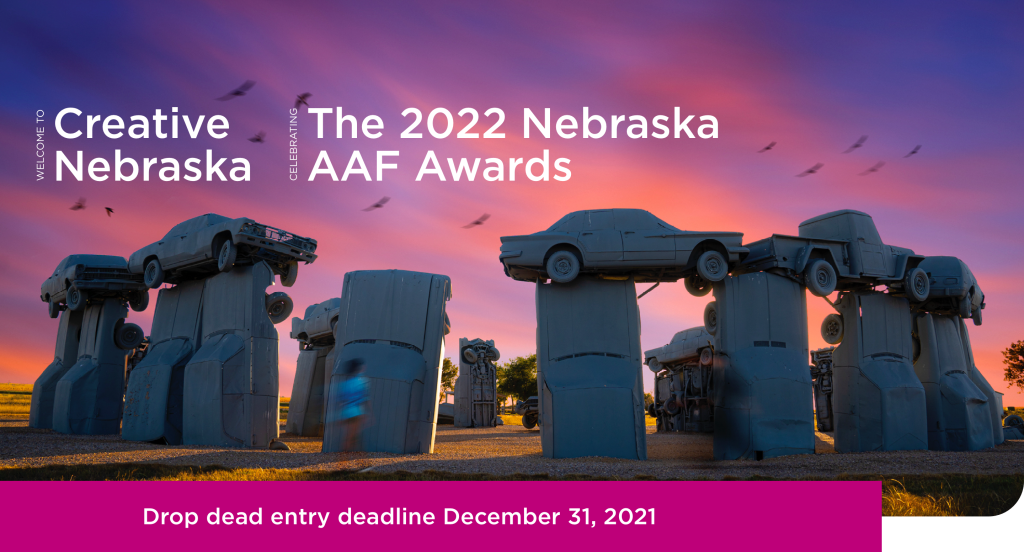 Created as an opportunity to recognize and reward creative excellence in the art of advertising, the American Advertising Awards have become the industry’s largest and most respected competition. Simply put, it’s the Oscar’s of advertising.

The annual American Advertising Awards will be held on February 19th.

Submit your entries now at www.creativenebraska.org.

Thank you to the Creative Nebraska Sponsors: