Ad Day Under the Dome 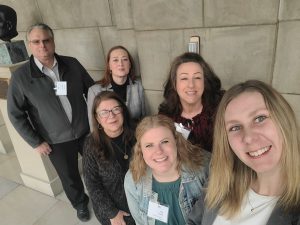 March 29, 2022 was AAF Nebraska’s inaugural Ad Day Under the Dome.  The Legislative committee focused efforts to get appointments on the calendar with Senators in the Revenue and Business & Labor Committees.

The AAF Nebraska team shared updated data on the economic impacts the advertising industry brings to Nebraska’s economy, both in sales revenue and jobs and offered AAF Nebraska leadership as a resource to our Nebraska lawmakers. The goal was set and executed with our grassroots effort to build personal connections with these Senators so they will keep the advertising community in the forefront when writing and proposing legislation.