OMAHA, Nebraska, December 1, 2021 – Envoy, Inc., a Nebraska corporation that offers full-service marketing, advertising, and public relations, has announced the promotion of Karla Lubeck to Account Executive and the addition of Aubrey Riggins as Social Media Manager.

Karla Lubeck will step into the role of Account Executive. Lubeck has been with the firm since 2013 and has served as an account coordinator and project manager. In her new role, Lubeck will manage client communications and projects for several of the agency’s business-to-business accounts.

Lubeck is originally from Stamford, Nebraska, and graduated from Alma Public Schools. She received her bachelor’s degree in Business Administration with an emphasis in Marketing and Economics from the University of Nebraska-Lincoln. While at the University of Nebraska, Lubeck gained honors as a member of the American Marketing Association, the Golden Key National Honor Society, and Beta Gamma Sigma International Honor Society. Before joining Envoy, Inc., Lubeck worked in business and marketing roles, including customer service, brand risk management, and merchant risk operations. When she’s not developing and implementing marketing strategies for her clients, Karla enjoys playing sand volleyball, experiencing the great outdoors, traveling, and spending time with her husband, Kahm.

Riggins has been recognized for creating social media marketing that has set attendance records for fundraiser events, garnered extensive social media coverage for conferences, and built clientele for her own dog training company. In addition, Riggins has won seven social media-related awards for her work. While she moved a lot in her younger years, she claims Portland, Oregon, as her hometown.

“Karla and Aubrey bring great experience to our client teams, and we look forward to their contributions in building Envoy’s portfolio of services,” said Kathy Broniecki, CEO, Envoy, Inc. 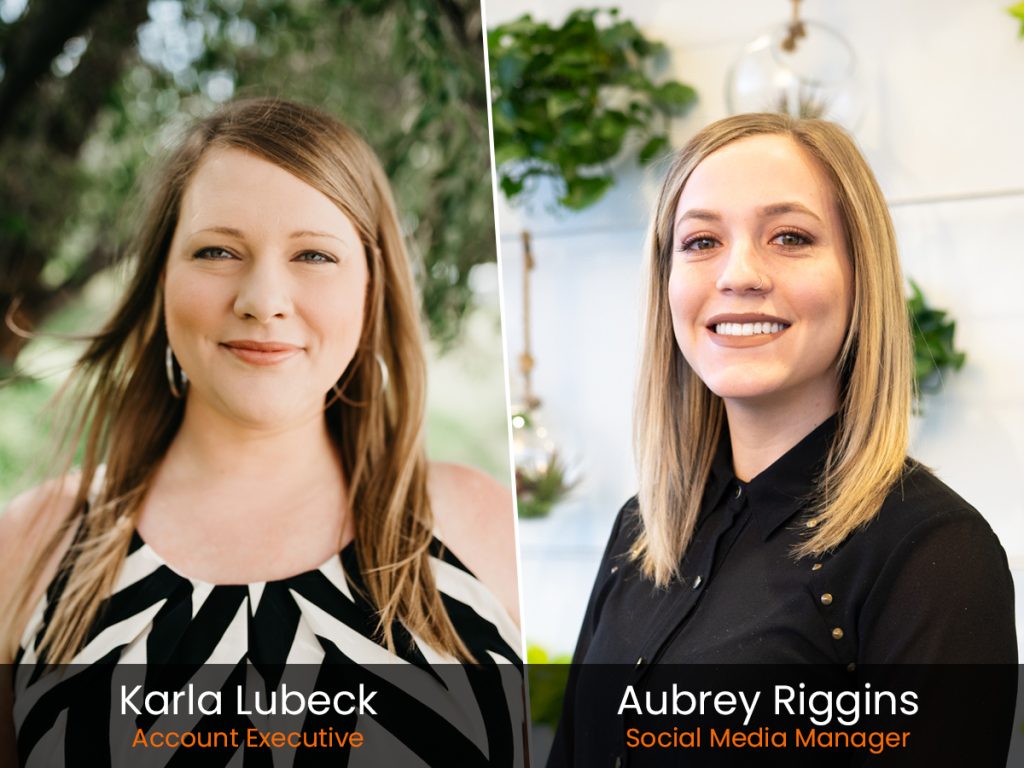