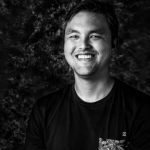 Sipple was promoted to senior web developer. The Lincoln, Neb., native started at Swanson Russell as an associate web developer in 2016. Most recently, he has served as a web developer, and over the years has worked on clients such as Textron Systems, Profile, Arctic Cat, Howe and Howe, the Nebraska State Fair and Visit Omaha.

Woodard was promoted to senior UX designer. First joining the agency in 2015 as an interactive intern, Woodard has gone on to serve in a number of roles including as a digital production artist, associate UX designer, and UX designer. During her tenure, she has worked on clients such as Hoegemeyer, Jacobsen and the Cattlemen’s Beef Board. The Lincoln, Neb., native earned a bachelor’s degree in advertising and public relations from the University of Nebraska-Lincoln.

Rudolf was promoted to senior art director. He joined the agency in 2017 and most recently served as an art director. Rudolf has worked on numerous clients, including Koch Agronomic Services, Textron Aviation, Cannon, Nebraska Game and Parks, Excalibur Crossbows, the Northeast Association of Fish and Wildlife Agencies, and Vista Outdoor Lighting. The Grand Island, Neb., native holds an associate degree in graphic design from the Creative Center in Omaha, Neb.

Dunbar was promoted to senior designer. He started at Swanson Russell in 2012 as a production artist, going on to serve as an associate designer and then designer. Over his career, Dunbar has touched nearly every agency client. Most recently, he’s worked on Runza, Humminbird, Texton Aviation, Bright Start and Visit Omaha. Hailing from Wahoo, Neb., Dunbar holds a Bachelor of Fine Arts in Visual Communications from the University of Nebraska-Kearney.

Worthington was promoted to senior designer. Joining Swanson Russell in 2018 as a designer on the creative team, Worthington hit the ground running and has since then worked on numerous clients including Cattlemen’s Beef Board, Hoegemeyer, Visit Omaha and others. Originally hailing from Honolulu, Hawaii, Worthington earned a Bachelor of Fine Arts in Graphic Design from the University of Southern Mississippi.

Rediger was promoted to media buyer. After joining Swanson Russell in 2018, Rediger has worked on clients such as Badlands, Rain Bird, Arctic Cat Off Road, Koch Agronomic Services, World of Watersports and more. A Lincoln native, she went to the University of Nebraska-Lincoln where she earned her bachelor’s degree in speech communication and marketing.

Lisosky was promoted to media buyer. She joined Swanson Russell four years ago as a media coordinator. Since then, she’s worked on clients such as MemorialCare, JLG, Northeast Community College, Reinke and Visit Omaha. Hailing from Bellingham, Washington, Lisosky earned her bachelor’s degree in advertising and public relations from the University of Nebraska-Lincoln.