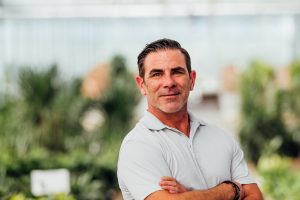 Clark Creative Group (CCG) announces the promotion of Daryl Anderson on his promotion to Vice President of Creative Services at CCG. Anderson recently celebrated his 20-year anniversary at CCG in November and continues to steer the creative ship with his industry veteran expertise….all while keeping up with the young crew.

Outside of agency life, Anderson also serves as the Chairman of the Board of the American Advertising Federation Nebraska (AAF Nebraska) and is a LeadDIVERSITY advocate for Inclusive Communities. His previous involvements include mentoring for Big Brothers and Big Sisters of the Heartland and Outward Bound/Northstar as well as serving on the board for Nebraska AIDS Project (NAP) and Friends of Planned Parenthood.
Anderson’s work in inclusion, diversity and equity is rooted in his passion for community and the clients he proudly serves.